Thank you for requesting a call back one of our advisors will be calling you shortly.
Our opening hours are 9am - 7pm Monday to Wednesday, 9am - 5pm Thursday, 9am - 3pm Friday & Sunday.
Unfortunately this number does not seem to be correct, please check the number and try again.
Alternatively call us on 01603899910
Home >> Air conditioning >> Scotland >> Midlothian >> Edinburgh 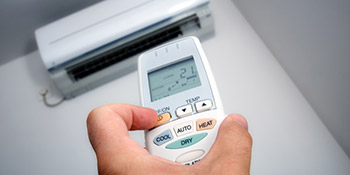 If you're considering air conditioning for your property or business in Edinburgh then you've come to the best place. Using our database of endorsed companies we will suit your requirements and find you the very best companies for the task.

Why should you have air conditioning? Air conditioning is hugely popular due to the significant benefit of providing additional comfort for householders and businesses. With simple to use controls you can quickly cool down a room by getting rid of heat and humidity.

Air con units are known for working quietly and effectively and some people view them as important, particularly in the warm summer months. Simply because of these factors they're often preferred over ceiling fans.

Not surprisingly, by using air conditioning in your house you won't need to bother about opening up a window in the evening, which is great for adding additional security to your property.

Using the Quotatis service, you will discover all that you should learn about air conditioning, obtain free prices for a unit and then determine if it's right for you. Just use our form and we'll match you with up to four trustworthy companies in your area, at no cost.

Get Quotes from Air conditioning installers in Edinburgh

Committed to Finding You the Lowest Air conditioning Price

Air conditioning near you

Air conditioning searches in cities and towns near Edinburgh March 2020

The pie chart just below shows the UK's population using regions. Britain's overall population is higher than 62 million, with the most significant portion of inhabitants based in the South East, Greater London and North West regions. The table under the pie chart reveals the UK's populace in regions as a figure. As you can see, both the South East and Greater London have got greater than eight million occupants, while Northern Ireland and the North East contain the fewest inhabitants.

The data just below indicates the total number of solar PV installations within Edinburgh. Solar power systems have grown in popularity largely down to the Government's lucrative feed-in tariff incentive, which pays out for each and every unit of environmentally friendly electrical power produced. Join these homeowners and start producing your own electricity today.

The data underneath illustrates the typical home price in Edinburgh. In general, property prices have increased in value a great deal in the last ten years. Nevertheless, in recent times prices seem to have stagnated and it's essential to improve your home to increase value.

The data below shows the property market for the past 7 years and how many homes have sold within Edinburgh. As a result of large expenses related with moving home, many people are now deciding to stay put rather than relocate. Home improvements are becoming far more popular as people look to improve their property.

Have a home improvement project and need a quality installer? Quotatis will help you find the best installer in Edinburgh and nationally, so you get the best possible prices. Simply search for your project and we can find you up to 4 quotes.