Thank you for requesting a call back one of our advisors will be calling you shortly.
Our opening hours are 9am - 7pm Monday to Wednesday, 9am - 5pm Thursday, 9am - 3pm Friday & Sunday.
Unfortunately this number does not seem to be correct, please check the number and try again.
Alternatively call us on 01603899910
Home >> Bathroom design and install >> Scotland >> Dumfriesshire >> Dumfries 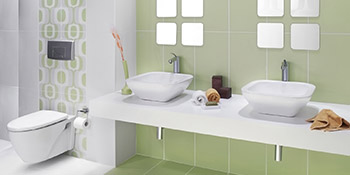 The bathroom is one of the most important rooms in any house and so it's crucial to have a great finish you'll enjoy for a long time to come. With our service you can be sure of getting the best costs for just what you would like.

The bathroom should look great and have a relaxing feel. Unfortunately, due to space restrictions many bathrooms are packed into a small room and have worn out units with out-of-date appliances.

Completely redesigning the bathroom is a good way to do this and regardless of whether you want to produce extra space by knocking down a wall, or just want to move things around, experts are the best at achieving the best from what you have.

To begin with, plumbing work necessary for a bathroom can be a considerable job and not something you should take on without having the appropriate expertise. Professionals will also need to be contacted for areas such as the electrics of plastering.

For approximately 4 totally free bathroom prices to help you decide if it would match your budget, just finish our quick form and start the process to changing your bathroom.

Compare Quotes from Bathroom design and install installers in Dumfries

Bathroom design and install in Dumfries

The pie chart beneath displays the UK's population using regions. Britain's total population is higher than 62 million, with the biggest proportion of inhabitants situated in the South East, Greater London and North West regions. The table below the pie chart shows the UK's population in regions as a figure. As you can see, both the South East and Greater London have got in excess of eight million occupants, whilst Northern Ireland and the North East have the fewest inhabitants.

With the information below you will see just how many solar power installations there have been in Dumfries. Solar electricity has grown in popularity and lots of homeowners are now planning to have this green technology installed on their rooftop to reduce energy bills and earn a tax-free income. Why not see if you can join the 1000s of UK property owners creating their own green friendly energy.

The UK house market has slowed somewhat over the past ten years as more people opt to stay put rather than relocate. This is mainly because of the significant costs associated with moving and people are choosing to build conservatories or alter rooms in the house to get extra space.

The info underneath illustrates the property market for the last seven years and exactly how many homes have sold in Dumfries. Due to the large expenses related with moving home, many people are now deciding to stay put rather than relocate. Home enhancements are becoming a lot more popular as people look to improve their property.

Have a home improvement project and need a quality professional? Quotatis will help you find the best professional in Dumfries and nationally, so you get the best possible prices. Just search for your project and we can find you up to 4 quotes.