Thank you for requesting a call back one of our advisors will be calling you shortly.
Our opening hours are 9am - 7pm Monday to Wednesday, 9am - 5pm Thursday, 9am - 3pm Friday & Sunday.
Unfortunately this number does not seem to be correct, please check the number and try again.
Alternatively call us on 01603899910
Home >> Biomass boilers >> Yorkshire & Humber >> South Yorkshire >> Sheffield 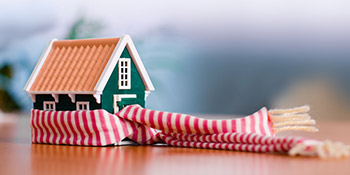 Get Biomass boiler Costs around Sheffield

Decreasing energy expenses within this day and age is important and biomass boilers are one of the most effective ways to get this done. In the event that biomass heat is a thing you're thinking of, complete our online form and check as many as four totally free quotes.

Biomass boilers are a popular form of property heating and have a green status, as an eco friendly means of heating the house. On top of this they'll decrease your expenses by hundreds of pounds annually.

So, just how does biomass work? Well, biomass boilers burn natural products which are co2 neutral. For instance, boilers will make use of wood pellets or agricultural waste for fuel. This simply means you're taking away dependency for fossil fuels, which is particularly important when gas and electricity rates are continually climbing.

In case biomass is something you'd be considering, then it's time for you to find some costs. Just complete our fast online form and we'll suit your details with up to 4 reliable companies who can provide a no obligation quote.

Obtain the best deal and a good company with Quotatis and begin producing your own heat today.

We noted 21,648 requests for home quotes in Sheffield. Of these quotation requests the number of biomass boilers quotes in Sheffield was 90. Quotatis would have been in a position to match these customers with up to four suitable installers who were available for work in Sheffield during that time. Request a free property survey from trustworthy companies within Sheffield.

Biomass boilers searches in cities and towns near Sheffield June 2020

The pie chart underneath presents the UK's populace based on regions. Britain's overall population surpasses 62 million, with the largest portion of occupants in the South East, Greater London and North West regions. The table below the pie chart reveals the UK's populace in regions as a figure. As you can see, both the South East and Greater London have got over eight million occupants, while Northern Ireland and the North East hold the fewest inhabitants.

Using the data underneath you will see the number of solar panel installations there are in Sheffield. Solar electricity is continuing to grow in popularity and a lot of homeowners are now hoping to have this renewable technology installed on their rooftop to cut back energy bills and generate a tax-free income. Why not see if you can join the 1000s of UK homeowners creating their own environmentally friendly energy.

The information beneath reveals the average house price in Sheffield. For the most part, house prices have increased in value considerably over the past 10 years. Nonetheless, lately prices appear to have stagnated and it's important to improve your home to add value.

The table beneath illustrates how many homes have sold in Sheffield in the last seven years. The property market is currently in a downturn, with many property owners looking to stay put and improve their home rather than just move. Improving your own home will see you add thousands of pounds towards the value and boosts your odds of selling too.

Have a home improvement job and need a quality tradesperson? Quotatis will help you find the best installer in Sheffield and nationally, so you get the best possible price. Just search for your project and request up to 4 quotes.