Thank you for requesting a call back one of our advisors will be calling you shortly.
Our opening hours are 9am - 7pm Monday to Wednesday, 9am - 5pm Thursday, 9am - 3pm Friday & Sunday.
Unfortunately this number does not seem to be correct, please check the number and try again.
Alternatively call us on 01603899910
Home >> Conservatory blinds >> Western Midlands >> West Midlands >> Birmingham 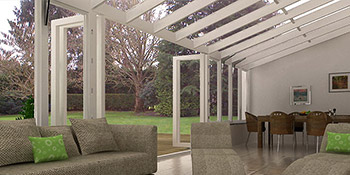 Conservatories are made to create further light and space for your own home, together with giving elegance and a modern-day charm. With blinds you'll add to this appeal and with several styles and designs from which to choose there's something for everybody.

Window blinds look great in rooms such as the kitchen, bathroom and conservatory. Despite the fact that conservatories are typically intended to bring in plenty of light, there are occasions you want to restrict this. With blinds you are able to handle the amount of light to enter the home.

There are several options for you to take into account too, like the popular roller blinds, vertical blinds, Venetian blinds and Roman blinds.

If you wish to fit conservatory blinds then make sure to do a comparison of quotes between vetted experts in Birmingham. This way you may get the very best cost and deal available for you in Birmingham.

We recorded 24,723 requests for property improvement prices in Birmingham. Of these price requests the amount of conservatory blinds (type: conservatory blinds, Roman blinds, vertical blinds etc...) was 170. Quotatis was able to match up these customers with up to four suitable professionals who had been available for work in Birmingham back then.

Conservatory blinds searches in cities and towns near Birmingham February 2020

The pie chart below indicates the UK's populace based on regions. Britain's whole population is greater than 62 million, with the largest percentage of inhabitants situated in the South East, Greater London and North West regions. The table under the pie chart displays the UK's population in regions as a figure. As you can see, both the South East and Greater London have got over eight million occupants, while Northern Ireland and the North East hold the fewest inhabitants.

Using the data underneath you can see the number of solar power installations there have been in Birmingham. Photovoltaic electricity continues to grow in popularity and a lot of homeowners are now hoping to have this environmentally friendly technology set up on their rooftop to reduce energy bills and earn a tax-free income. Why don't you see if you can join the thousands of UK householders generating their own environmentally friendly electricity.

The data below illustrates the standard household price in Birmingham. Typically, house prices have increased in value drastically over the last 10 years. Nonetheless, lately prices seem to have stagnated and it's vital to improve your home to add value.

The table underneath shows how many properties have sold in Birmingham during the last seven years. The property market is currently in a slump, with numerous householders opting to stay put and improve their property rather than just relocate. Improving your own home can see you add thousands of pounds to the value and improves your chances of selling as well.

Have a home improvement job and need a recommended tradesperson? Quotatis will help you find the best professional in Birmingham and nationally, so you get the best possible prices. Just search for your project and request up to 4 quotes.