Thank you for requesting a call back one of our advisors will be calling you shortly.
Our opening hours are 9am - 7pm Monday to Wednesday, 9am - 5pm Thursday, 9am - 3pm Friday & Sunday.
Unfortunately this number does not seem to be correct, please check the number and try again.
Alternatively call us on 01603899910
Home >> Window blinds >> Scotland >> Lanarkshire >> Glasgow 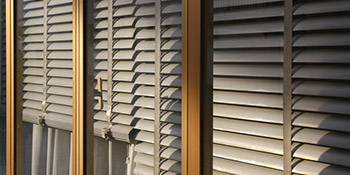 Get Window Blind Costs around Glasgow

When improving your home it's not often that an alternative choice than curtains are thought about when looking at the windows. For bedrooms and lounges in particular, curtains ooze the style and elegance you require when redecorating.

But window blinds offer you a fashionable visual charm that'll be great for kitchens and bathrooms and with an array of styles and designs there's something for everyone.

We recorded 15,071 requests for property improvement quotations in Glasgow. Of such quotation requests the volume of window blinds (type: uPVC window blinds, wooden window blinds etc...) was 480. Quotatis was able to match up these consumers with up to four ideal specialists who were available for work within Glasgow back then.

Window blinds searches in cities and towns near Glasgow July 2020

The pie chart below shows the UK's population based on regions. Britain's overall population exceeds 62 million, with the greatest proportion of inhabitants located in the South East, Greater London and North West regions. The table underneath the pie chart reveals the UK's populace in regions as a figure. As you can see, both the South East and Greater London possess more than eight million occupants, whilst Northern Ireland and the North East contain the fewest inhabitants.

Using the data underneath you can see the total number of solar panel installations there have been in Glasgow. Photovoltaic electricity is growing in popularity and lots of homeowners are now looking to have this green technology set up on their rooftop to cut back energy bills and generate a tax-free income. Why not see if you can join the 1000s of UK property owners producing their own green friendly energy.

The UK house market has slowed down slightly over the past decade as more people opt to stay put rather than relocate. This is mainly because of the significant expenses associated with moving and people are deciding to build conservatories or convert rooms in the home to get more space.

The info underneath shows the property market for the past 7 years and exactly how many homes have sold in Glasgow. Due to large expenses associated with moving home, many people are now looking to stay put rather than relocate. Home improvements are becoming much more popular as people look to improve their home.

Have a home improvement job and need a quality installer? Quotatis will help you find the best professional in Glasgow and nationally, so you get the best possible value for money. Simply search for your project and request up to 4 quotes.