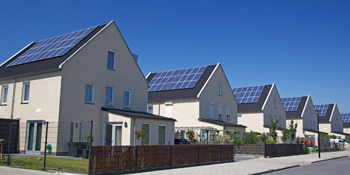 Solar panels on the rise despite misconceptions

Solar panels have been around for decades. But it’s only recently that they’ve really started to become popular as homeowners realise their excellent benefits.

There are now over 500,000 solar installations around the country and these homeowners are making the most from a number of lucrative financial benefits.

Solar panel popularity is now at unprecedented levels and IKEA have even entered the industry. In June they rolled solar out to 18 stores nationwide and to date have installed 1,000 systems.

Head of Sustainability at IKEA, Joanna Yarrow, believes that a misconception in price is still putting homeowners off of their own investment. She says that 43% of a recent survey suggested solar panels would cost over £9,000, whereas the reality is they’re between £5,000 and £8,000.

So what can you take advantage from with solar? Well, solar panel popularity has been triggered in recent times because of the huge expense of National Grid gas and electricity. Rather than continue to pay over the odds for their power, Britons have decided it’s past time to save a wealth of money generating their own energy.

With solar panels fixed on your rooftop, natural solar rays are converted into electricity, which can then be used for your lighting and appliances. You can save hundreds of pounds each year on your bills.

Then of course there’s the Government’s feed-in tariff scheme, which pays you for 20 years. That’s right, two decades of payments simply by generating your own electricity. It’s this scheme that offers the most financially and annually you stand to earn over £500.

With solar panels you can really start to take control of your finances and enjoy increased disposable income every month. A reputable company can have them set-up quickly so you can begin making savings right away.

Save Water with These 6 Easy Bathroom and Kitchen Tips

As our country’s weather patterns become increasingly erratic and our population increases, there’s growing pressure on our water supplies. That’s why it’s important that we all try to save water now to ensure that...

The Department for Business, Energy and Industrial Strategy (BEIS) dealt a blow to homeowners looking to install solar panels on their home when it announced that the Feed-in Tariff Scheme (FITs) will close to new applications on 31st March 2019... 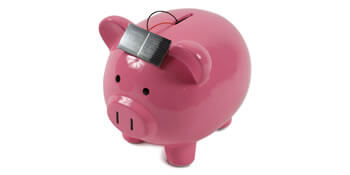 5 Reasons Why Solar is Still a Good Investment

Solar panels are one of the most popular renewable energy solutions in the UK, and it’s not looking like this will change in the near future. Although the government has recently decreased the incentives available for solar panels in the form...