Thank you for requesting a call back one of our advisors will be calling you shortly.
Our opening hours are 9am - 7pm Monday to Wednesday, 9am - 5pm Thursday, 9am - 3pm Friday & Sunday.
Unfortunately this number does not seem to be correct, please check the number and try again.
Alternatively call us on 01603899910
Home >> Boiler finance >> East Midlands >> Leicestershire >> Leicester 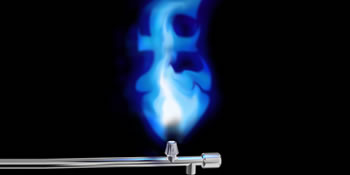 The heating system is among the most significant parts of your home. Your central heating boiler gives you heat and hot water all year long and the chances are you take little notice of it. Why would you if it's rolling out warmth during the year without a problem?

But exactly how pricey are your energy costs? Did you know that upgrading your boiler could save you more than £300 a year on bills due to the enhanced efficiency? If your central heating boiler is in excess of 10-years old, then the likelihood is there's a massive saving to make.

However, paying for a brand new central heating boiler isn't the least expensive of home improvements. It's not the priciest either, and you could be looking at between £1,500 and £2,000 for a very efficient combination boiler.

To help beat this initial price tag you can consider central heating boiler finance. With finance you'll pay a monthly fee for however long you decide to cover the price of the central heating boiler. This can be as little as 12 months and definitely helps people who can't afford the entire one-off payment.

In the event that your central heating boiler stops working all of a sudden too, you might want to think about boiler finance without the money quickly available in the bank. Boiler finance is ideal and even though there's a small interest rate, it's a helpful alternative.

Committed to Finding You the Lowest Boiler finance Price

Boiler finance near you

From my first interest, different people started to contact me. I was quite confused at one time.

gave me 3 tradesmen. so got 3 prices

Gave me more than one Supplier

Help me to find right company who can be comparatively good .

We recorded 11,894 requests for home improvement quotes in Leicester. Of such quote requests the amount of boiler finance was 10. Quotatis were able to match up these customers with up to four suitable experts who had been available for work in Leicester back then.

Boiler finance searches in cities and towns near Leicester July 2020

The pie chart beneath reveals the UK's populace according to regions. Britain's overall population is higher than 62 million, with the largest proportion of inhabitants based in the South East, Greater London and North West regions. The table underneath the pie chart displays the UK's populace in regions as a figure. As you can see, both the South East and Greater London have greater than eight million occupants, whilst Northern Ireland and the North East have the fewest inhabitants.

The data underneath shows the total number of photovoltaic installations within Leicester. Solar power systems have increased in popularity mostly because of the Government's lucrative feed-in tariff incentive, which pays out for each unit of green electricity generated. Join these property owners and begin generating your own electricity today.

The information underneath shows the average household price in Leicester. Generally speaking, property prices have increased in value significantly over the last ten years. However, in recent times prices appear to have stagnated and it's vital to improve your home to increase value.

The table below shows how many properties have sold in Leicester over the past 7 years. The housing market is presently in a downturn, with a lot of householders choosing to stay put and improve their home rather than just move. Improving your own home could see you add thousands of pounds towards the value and helps your chances of selling too.

Have a home improvement project and need a recommended installer? Quotatis will help you find the best company in Leicester and nationally, so you get the best possible price. Simply search for your project and request up to 4 quotes.