Thank you for requesting a call back one of our advisors will be calling you shortly.
Our opening hours are 9am - 7pm Monday to Wednesday, 9am - 5pm Thursday, 9am - 3pm Friday & Sunday.
Unfortunately this number does not seem to be correct, please check the number and try again.
Alternatively call us on 01603899910
Home >> Building maintenance >> East Midlands >> Hertfordshire >> Letchworth Garden City 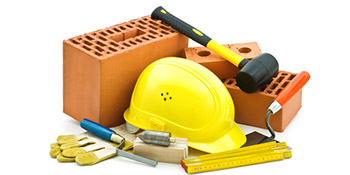 Our home will most likely be the biggest investment we ever make and it's necessary to keep it well maintained, not only to retain value for future selling, but also for the aesthetic appeal.

We all know that every once in a while a major issue might come about, and it may be anything from an electrical error to roofing maintenance. Alternatively, possibly you're looking to have property improvements made, from a fitted kitchen to painting and decorating.

In any event, this will likely all fall under the building maintenance category and if you want something carried out right, bring in experts and avoid paying out for further maintenance later down the line.

Get Prices from Building maintenance installers in Letchworth Garden City

The pie chart below indicates the UK's population using regions. Britain's overall population is greater than 62 million, with the biggest portion of residents situated in the South East, Greater London and North West regions. The table beneath the pie chart indicates the UK's population in regions as a figure. As you can see, both the South East and Greater London currently have in excess of eight million occupants, whilst Northern Ireland and the North East have the fewest inhabitants.

Using the information below you will see how many solar panel installations there have been in Letchworth Garden City. Photovoltaic electricity is continuing to grow in popularity and lots of homeowners are now hoping to have this green technology set up on their roof to reduce energy bills and earn a tax-free income. Why not see if you can join the thousands of UK householders producing their own green friendly energy.

The data beneath illustrates the average household price in Letchworth Garden City. Typically, property prices have increased in value drastically throughout the last decade. Nonetheless, lately prices seem to have stagnated and it's vital to improve your home to increase value.

The table beneath illustrates how many properties have sold in Letchworth Garden City during the last seven years. The housing market is in a downturn, with numerous householders opting to stay put and improve their house rather than just move. Improving your own home can see you add thousands of pounds towards the value and helps your chances of selling as well.

Have a home improvement job and need a recommended professional? Quotatis will help you find the best tradesperson in Letchworth Garden City and nationally, so you get the best possible price. Simply search for your project and request up to 4 quotes.