Thank you for requesting a call back one of our advisors will be calling you shortly.
Our opening hours are 9am - 7pm Monday to Wednesday, 9am - 5pm Thursday, 9am - 3pm Friday & Sunday.
Unfortunately this number does not seem to be correct, please check the number and try again.
Alternatively call us on 01603899910
Home >> Carpenters and joiners >> South East >> Hampshire >> Southampton 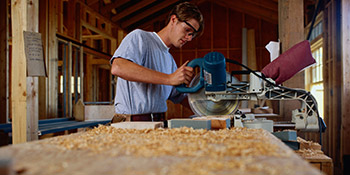 Carpenters and joiners are professionals in their industry profession and it's crucial to use one of these specialists for work you want completed. Through the use of our free online service we will review up to 4 prices near you so you're able to get the best deal.

Carpenters and joiners are knowledgeable experts in woodwork and they are usually employed for things such as furniture, buildings and other objects.

Carpentry skills are fine-tuned over years and their profession involved plenty of manual work. Through experience and study these skills are adapted and they're essential to many regions of the household. Nowadays carpenters will likely be used by householders, companies, schools, hospitals and much more.

Joiners have a similar role to carpenters and they are responsible for cutting and fitting together pieces of wood without the need of nails and screws.

For any reason you'd need a joiner or carpenter you've come to the best place and can compare quotes between vetted professionals with the touch of a button. Simply complete our quick form and we'll match your requirements to appropriate experts locally.

Get Costs from Carpenters and joiners installers in Southampton

Carpenters and joiners in Southampton

Carpenters and joiners companies in Southampton

Carpenters and joiners Projects in Southampton in July 2020

We noted 10,571 requests for property quotes in Southampton. Of these quotation requests the amount of carpenters and joiners quotations in Southampton was 10. Quotatis would have been in a position to match these customers with up to four suitable fitters who were available for work in Southampton during that time. Request a free property survey from reliable companies within Southampton.

Below you will find the UK's total population based on areas of the country. The entire population of the United Kingdom is now over 62 million, with London and the South East holding quite a large proportion of this. On the other hand, Northern Ireland and the North East of England have the least residents in the entire the UK.

The graph underneath displays the total number of solar PV installations within Southampton. Solar power panels have grown in popularity principally as a result of the Government's highly profitable feed-in tariff incentive, which pays out for every unit of environmentally friendly electrical power generated. Join these householders and start generating your own electricity today.

The data beneath illustrates the standard house price in Southampton. For the most part, house prices have increased in value a great deal within the last ten years. However, in recent years prices seem to have stagnated and it's important to improve your home to increase value.

The data below shows the house market for the past 7 years and exactly how many homes have sold within Southampton. As a result of large costs linked with moving home, many people are now choosing to stay put rather than relocate. Home enhancements are becoming a lot more popular as people look to improve their home.

Have a home improvement job and need a quality professional? Quotatis will help you find the best company in Southampton and nationally, so you get the best possible prices. Simply search for your project and request up to 4 quotes.