Thank you for requesting a call back one of our advisors will be calling you shortly.
Our opening hours are 9am - 7pm Monday to Wednesday, 9am - 5pm Thursday, 9am - 3pm Friday & Sunday.
Unfortunately this number does not seem to be correct, please check the number and try again.
Alternatively call us on 01603298001
Home >> Cctv >> Western Midlands >> West Midlands >> Birmingham 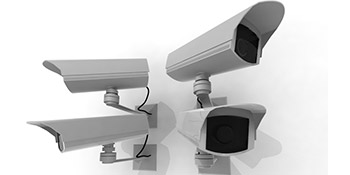 Are you interested in getting CCTV installed for your own home or business within Birmingham? Making use of the Quotatis service you can check up to 4 CCTV prices in order to get the best deal around for the added security you will need.

Merely noticing a CCTV camera, even if it's not turned on, is enough to deter potential burglars from your property. With this added protection your house wouldn't be viewed as risk worthy and for that reason not a good target for break-ins.

Having a camera on the premises, residents or staff will feel significantly safer than without having this added measure. With a proved success of deterring criminals it should give peace of mind that both the house and your family are safe from harm.

With CCTV you can catch thieves and criminals in the act and make sure a much likelier prosecution. CCTV is the ultimate crime deterrent and many will be quickly put off by the camera's presence.

For whatever type of CCTV security you're looking to have set up, make sure you work with our no cost and no obligation service to get the best deal available in Birmingham.

Get Prices from Cctv installers in Birmingham

Whether by luck or not, put us in touch with an engineer who gave us exactly what we needed with the back up I wanted. Great!

Phill shaw was on the telephone with in 10.mintues of our quto, and phill got the job that was arg reed and job was done within 7days cctv up and running know,

Cctv Projects in Birmingham in January 2020

We noted 24,723 requests for home quotes in Birmingham. Of these quotation requests the number of cctv quotations in Birmingham was 1,600. Quotatis would have been able to match these customers with as many as four suitable installers who were available for work in Birmingham during that time. Ask for a free property survey from reputable companies in Birmingham.

Cctv searches in cities and towns near Birmingham December 2019

The pie chart just below illustrates the UK's populace based upon regions. Britain's overall population is higher than 62 million, with the most significant percentage of people situated in the South East, Greater London and North West regions. The table under the pie chart reveals the UK's populace in regions as a figure. As you can see, both the South East and Greater London have got greater than eight million occupants, while Northern Ireland and the North East contain the fewest inhabitants.

With the information below you will see how many solar panel installations there have been in Birmingham. Photovoltaic electricity continues to grow in popularity and lots of homeowners are now planning to have this environmentally friendly technology set up on their roof to cut back energy bills and generate a tax-free income. Why not see if you can join the thousands of UK property owners generating their own environmentally friendly electricity.

The UK house market has slowed down somewhat over the past decade as more people prefer to stay put rather than relocate. This is mainly because of the significant costs associated with moving and people are deciding to build conservatories or convert rooms in the house to get more space.

The table beneath highlights how many properties have sold in Birmingham in the last 7 years. The housing market is presently in a downturn, with many householders choosing to stay put and improve their home rather than move. Improving your own home can easily see you add thousands of pounds to the value and improves your odds of selling too.

Have a home improvement project and need a quality installer? Quotatis will help you find the best Pro in Birmingham and nationally, so you get the best possible prices. Simply search for your project and we can find you up to 4 quotes.