Thank you for requesting a call back one of our advisors will be calling you shortly.
Our opening hours are 9am - 7pm Monday to Wednesday, 9am - 5pm Thursday, 9am - 3pm Friday & Sunday.
Unfortunately this number does not seem to be correct, please check the number and try again.
Alternatively call us on 01603298001
Home >> Aluminium conservatories >> Western Midlands >> Herefordshire 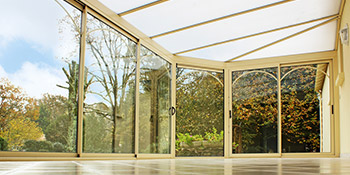 Aluminium conservatories are becoming popular in Britain, having a number of benefits making the material suited to construction. The main advantage of buying an aluminium conservatory instead of uPVC or hardwood, is the durability and weather resistance you'd benefit from.

As well as this, aluminium conservatories don't require heavy upkeep, while they're available in a selection of colours to set your property apart from the crowd. Although they can be higher priced than uPVC and wooden conservatories, the stable units are certainly worth their price tag.

A brand new conservatory gives you increased space and light and it'll add over £9,000 to the value of your property. Conservatories supply a route away from needing to relocate to accommodate an evergrowing family.

We will provide you with around 4 aluminium conservatory fitters in the area, who can supply quotations for the work you'd like done. You'll be given a property visit from experts in Herefordshire who can help you decide of the suitable size and style, providing you an accurate quote.

The installation of an aluminium conservatory is going to take several days to a week to be carried out and you'll then be ready to employ the extra space for anything you wish.

Get Prices from Aluminium conservatories installers in Herefordshire

Aluminium conservatories near you

There are lots of types of property around the United Kingdom for those who have varying family sizes and yearly earnings. The most popular houses is typically terraced properties and semi-detached properties, largely simply because they're less expensive and easier to fit into regions including cities where space has limitations. Other sorts of property in the UK include detached households and smaller scale houses such as bungalows and flats. It's essential to add value to your home and improvements are the most useful way to do this, whether it's with the installing of a conservatory or simply cosmetic changes. Regardless of the work you need completed in your house, look at quotes from respected businesses using our simple service.

Most houses throughout the UK will have central heating of some kind, no matter whether it's gas, oil or even a biomass fuel. If you don't have central heating, it is likely you use heaters to keep warm, operated by electrical power. Switching to main heating will likely be far more efficient for your household and you could save hundreds of pounds yearly. See underneath the number of properties are central heated within Herefordshire.