Thank you for requesting a call back one of our advisors will be calling you shortly.
Our opening hours are 9am - 7pm Monday to Wednesday, 9am - 5pm Thursday, 9am - 3pm Friday & Sunday.
Unfortunately this number does not seem to be correct, please check the number and try again.
Alternatively call us on 01603899910
Home >> Aluminium windows >> North West >> Merseyside >> Liverpool 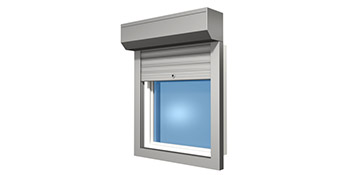 In regards to insulating a home, just about the most popular ways to achieve much better energy efficiency is with replacement windows. If you're considering new windows for your house or business, then take a look at quotations with Quotatis and find out what you can save.

By combining the superb principles of double glazing with aluminium frames, you've got a window unit which will look great and help you save on your bills also.

Double glazing locks heat inside the property with an energy efficient gas spacer, which won't let heat move through. What this means for you, is there's no reason to turn up the boiler temperatures, decreasing energy expenditures and carbon emissions as well.

Aluminium is a great product for window frames too, as it's resistant to the elements, whilst being durable and strong as well. Nowadays you may also have coloured frames to suit your property or opt for a unique appeal.

If aluminium windows are in your ideas, look at no obligation prices from vetted experts in your area to be certain of getting the very best deal and price.

Committed to Finding You the Lowest Aluminium windows Price

Aluminium windows near you

We noted 19,858 requests for property or home quotations within Liverpool. Of these quote requests the amount of aluminium windows quotes in Liverpool was 50. Quotatis would have been in a position to match these consumers with as many as four suitable fitters who were available for work within Liverpool during those times. Ask for a free home survey from reputable companies within Liverpool.

Aluminium windows searches in cities and towns near Liverpool October 2020

The pie chart below indicates the UK's population based upon regions. Britain's total population exceeds 62 million, with the largest proportion of people situated in the South East, Greater London and North West regions. The table under the pie chart reveals the UK's populace in regions as a figure. As you can see, both the South East and Greater London possess more than eight million occupants, while Northern Ireland and the North East include the fewest inhabitants.

The data below reveals the overall number of photovoltaic installations in Liverpool. Solar power panels have increased in popularity principally because of the Government's financially rewarding feed-in tariff incentive, which pays out for each and every unit of environmentally friendly electrical power created. Join these property owners and begin producing your own electricity today.

The information beneath shows the typical home price in Liverpool. On the whole, house prices have increased in value a great deal throughout the last ten years. However, lately prices seem to have stagnated and it's necessary to improve your home to add value.

The info beneath shows the property market for the last seven years and how many homes have sold within Liverpool. As a result of large expenses linked with moving home, many people are now deciding to stay put rather than relocate. Home enhancements have become much more popular as people look to improve their home.

Have a home improvement job and need a recommended installer? Quotatis will help you find the best professional in Liverpool and nationally, so you get the best possible value for money. Simply search for your project and we can find you up to 4 quotes.