Thank you for requesting a call back one of our advisors will be calling you shortly.
Our opening hours are 9am - 7pm Monday to Wednesday, 9am - 5pm Thursday, 9am - 3pm Friday & Sunday.
Unfortunately this number does not seem to be correct, please check the number and try again.
Alternatively call us on 01603899910
Home >> Upvc double glazing units only >> North West >> Merseyside >> Liverpool 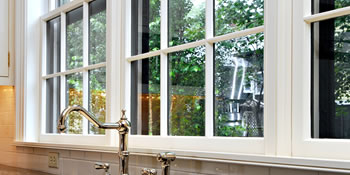 Get uPVC Double Glazing Units Only Costs around Liverpool

Looking for uPVC replacement windows providers in Liverpool? Our uPVC double glazing suppliers in Liverpool will be able to provide you with the top quotes for getting pvcu double glazed home windows supplied.

New double glazing is one of the best methods to cut down your annual energy payments. With two panes of glass split by an efficient gas spacer, warmth is retained in your home and can't escape. This means you needn't turn up the boiler temperature to help keep warm all through the year.

uPVC as a window material is the most used in Britain. It's not only less expensive than the alternatives of aluminium and hardwood, however this price doesn't skimp on quality. uPVC is tough, resistant to weather and it's even available in an array of colours besides the bright white finish normally seen.

We can provide up to 4 uPVC double glazing suppliers locally, who'll give quotations for the window frame. You'll receive a house visit from professionals within Liverpool who'll supply the home windows for a great price.

If you're thinking about DIY improvements, you're then in a position to put in the double glazing and immediately make use of reduced energy payments all through the year.

Get Quotes from Upvc double glazing units only installers in Liverpool

We noted 19,858 requests for property or home quotations within Liverpool. Of these quotation requests the number of upvc double glazing units only quotes in Liverpool was 20. Quotatis would have been able to match these customers with up to four suitable fitters who were available for work in Liverpool during those times. Request a free home survey from reputable companies in Liverpool.

The pie chart below illustrates the UK's populace based on regions. Britain's total population surpasses 62 million, with the biggest fraction of people found in the South East, Greater London and North West regions. The table under the pie chart indicates the UK's populace in regions as a figure. As you can see, both the South East and Greater London currently have in excess of eight million occupants, while Northern Ireland and the North East include the fewest inhabitants.

With the data below you can see just how many solar power installations there have been in Liverpool. Photovoltaic electricity continues to grow in popularity and lots of homeowners are now wanting to have this environmentally friendly technology installed on their roof to reduce energy bills and generate a tax-free income. Why not see if you can join the 1000s of UK homeowners producing their own eco friendly energy.

The data underneath shows the average household price in Liverpool. On the whole, home prices have increased in value considerably over the last ten years. Nonetheless, recently prices appear to have stagnated and it's vital to improve your home to add value.

The table underneath illustrates how many houses have sold in Liverpool over the last seven years. The property market is currently in a decline, with many householders opting to stay put and improve their home rather than just move. Improving your own home could see you add thousands of pounds to the value and boosts your chances of selling too.

Have a home improvement project and need a quality tradesperson? Quotatis will help you find the best Pro in Liverpool and nationally, so you get the best possible prices. Simply search for your project and request up to 4 quotes.