Thank you for requesting a call back one of our advisors will be calling you shortly.
Our opening hours are 9am - 7pm Monday to Wednesday, 9am - 5pm Thursday, 9am - 3pm Friday & Sunday.
Unfortunately this number does not seem to be correct, please check the number and try again.
Alternatively call us on 01603899910
Home >> Double glazing >> South East >> Oxfordshire 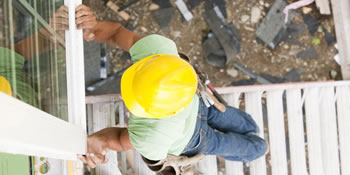 Are you interested in replacing your old single house windows or double glazing so that you can keep warm and lower bills at the same time? With Quotatis you can contrast as many as four companies to get the best offer Oxfordshire.

New double glazing is one of the most popular insulation approaches homeowners can take advantage of. The simple structure is two panes of glass split up by an efficient gas spacer. This spacer, usually Argon, Xenon or Krypton, is still so heat can't pass through and escape the home.

So, heat is instead retained in the house, keeping you warmer throughout the year. In the same way, throughout the hotter summer months heat is kept out of the property, making certain you're cooler. Therefore, you're able to decrease heating bills by approximately £200 each year.

The environment benefits are also rewarding. Because there's little need to turn up the boiler temperature, less carbon dioxide emissions are created and emitted into the environment.

To begin benefitting from efficient windows and reduce your heating bills each year, complete our online form and review quotes from up to four reputable double glazing businesses.

Get Costs from Double glazing installers in Oxfordshire

it made everything easier, fast and stress free.

There are many types of home around the UK for those who have diverse family sizes and annual earnings. Typically the most popular homes is typically terraced households and semi-detached properties, mainly simply because they're cheaper and easier to fit into regions including cities where space is restricted. Other types of property in the UK include detached households and smaller scale homes such as bungalows and flats. It's essential to increase the value of your household and improvements are the best way to do this, whether it's with the installing of a conservatory or simply cosmetic changes. Regardless of the work you wish completed on your own property, check quotations from trustworthy companies using our quick and simple service.