Thank you for requesting a call back one of our advisors will be calling you shortly.
Our opening hours are 9am - 7pm Monday to Wednesday, 9am - 5pm Thursday, 9am - 3pm Friday & Sunday.
Unfortunately this number does not seem to be correct, please check the number and try again.
Alternatively call us on 01603298001
Home >> Electric heaters >> North West >> Cheshire >> Macclesfield 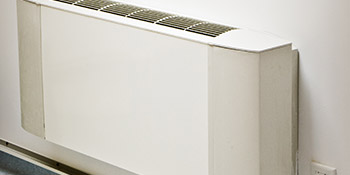 Get Electric Heater Prices around Macclesfield

Electric heating is a fantastic alternative for anyone off of the gas network and enables homeowners to decrease their total energy costs by hundreds of pounds.

The modern technologies in electrical heating provides you with the opportunity to manage each room's temperature. Moreover, once the heater has been switched off, it'll still give off heat, keeping you warm and cutting charges even more.

Electric heating installation providers will most likely get rid of the old system at no cost too. Electric heating is a great chance for just about all homeowners, so look at changing the way your home is heated.

We will give you as many as four installation businesses, who'll provide quotations for the work. You'll be given a house visit from specialists in Macclesfield who'll supply and install the electric heater for a fantastic price.

Electric heaters searches in cities and towns near Macclesfield December 2019

The pie chart below shows the UK's populace according to regions. Britain's overall population is greater than 62 million, with the biggest percentage of occupants situated in the South East, Greater London and North West regions. The table underneath the pie chart reveals the UK's population in regions as a figure. As you can see, both the South East and Greater London possess in excess of eight million occupants, whilst Northern Ireland and the North East include the fewest inhabitants.

The graph below displays the total number of photovoltaic installations within Macclesfield. Solar energy panels have grown in popularity mainly down to the Government's financially rewarding feed-in tariff incentive, which pays out for every unit of environmentally friendly electrical power produced. Join these householders and begin generating your own electricity today.

The UK house market has slowed slightly over the last 10 years as more people prefer to stay put rather than relocate. This is primarily because of the large costs associated with moving and people are deciding to build conservatories or transform rooms in the home to get more space.

The information beneath illustrates the property market for the past seven years and exactly how many homes have sold in Macclesfield. Due to the large expenses related with moving home, many people are now looking to stay put rather than relocate. Home enhancements are becoming much more popular as people look to improve their home.

Have a home improvement job and need a recommended installer? Quotatis will help you find the best professional in Macclesfield and nationally, so you get the best possible value for money. Simply search for your project and we can find you up to 4 quotes.