Thank you for requesting a call back one of our advisors will be calling you shortly.
Our opening hours are 9am - 7pm Monday to Wednesday, 9am - 5pm Thursday, 9am - 3pm Friday & Sunday.
Unfortunately this number does not seem to be correct, please check the number and try again.
Alternatively call us on 01603899910
Home >> Electrical re-wiring >> East Of England >> Essex >> Wickford 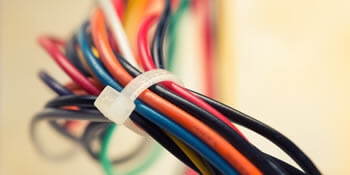 Electrical rewiring is a vital section of servicing for homes around the United Kingdom. With our free service you are able to take a look at prices from around 4 electricians within Wickford and be sure of having the best deal.

Electric rewiring can happen in your house or for a business and it's usually required for numerous reasons. Commonly, an electric rewiring will ensure the safety of your electric lines and make sure everything is working correctly.

A home or commercial rewire might involve the replacing of a handful of lines or perhaps the full set. You can even want to add other parts to your electrics such as more sockets or even an extra fuse board.

To make sure you obtain a good cost for your next rewire, look at quotations with our service without obligation.

Wickford is a town within Essex which has a populace of 32,500. It acts as a commuter town into the City of London and falls in the District of Basildon, with Basildon, Billericay, Laindon and Pitsea. A £125 million venture is projected for the town, which will include the arrival of 650 to 735 apartments. In the event that you're interested in property enhancements, be certain only to employ vetted professionals and get the ideal cost by reviewing quotes.

Get Prices from Electrical re-wiring installers in Wickford

Towns and cities near Wickford

Electrical rewiring Projects in Wickford in May 2020

We noted 471 requests for home quotations in Wickford. Of these quotation requests the number of electrical re-wiring quotes in Wickford was 2. Quotatis would have been able to match these customers with as many as 4 suitable installers who were available for work in Wickford at that time. Request a free house survey from reliable companies within Wickford.

Electrical rewiring searches in cities and towns near Wickford April 2020

Below you will see the UK's total population based on areas of the country. The complete population of the United Kingdom is more than 62 million, with London and the South East possessing quite a significant proportion of this. On the other hand, Northern Ireland and the North East of England have the fewest inhabitants in the entire the UK.

Using the data underneath you can see the amount of solar power installations there have been in Wickford. Photovoltaic electricity has grown in popularity and a lot of homeowners are now hoping to have this green technology placed on their rooftop to cut back energy bills and generate a tax-free income. Why not see if you can join the thousands of UK householders producing their own eco friendly electricity.

The information underneath displays the standard home price in Wickford. For the most part, property prices have increased in value drastically throughout the last ten years. However, in recent years prices seem to have stagnated and it's necessary to improve your home to add value.

The table underneath highlights how many properties have sold in Wickford over the last seven years. The housing market is currently in a slump, with many house owners opting to stay put and improve their house rather than move. Improving your own home can easily see you add thousands of pounds to the value and helps your chances of selling as well.

Have a home improvement task and need a quality tradesperson? Quotatis will help you find the best tradesperson in Wickford and nationally, so you get the best possible value for money. Simply search for your project and we can find you up to 4 quotes.