Thank you for requesting a call back one of our advisors will be calling you shortly.
Our opening hours are 9am - 7pm Monday to Wednesday, 9am - 5pm Thursday, 9am - 3pm Friday & Sunday.
Unfortunately this number does not seem to be correct, please check the number and try again.
Alternatively call us on 01603298001
Home >> Electrician >> South East >> Hampshire >> Southampton 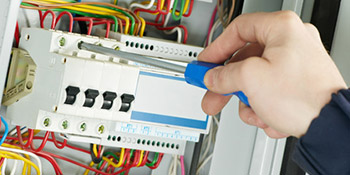 Get Electrician Costs in Southampton

With regards to the electrical work required in your residence, the electrical engineer could take just one day, to roughly 7 days for the job. The expert electrical contractor in Southampton will be registered with a trading body and be fully accredited, making sure the work is carried out safely.

An electrical contractor could quite possibly be wanted for many reasons. Common cases tend to be a property re-wire or a PAT testing. Don't forget, electrical work can be dangerous and should never be tried by an rookie.

We intend to provide you with no responsibility quotes from electrical installers in Southampton who'll be in a position to supply you with no cost surveys to figure out the cost of your home's electric work. After that you can compare these quotations and find the perfect domestic electrician prices.

Get Prices from Electrician installers in Southampton

Electrician Projects in Southampton in January 2020

Electrician searches in cities and towns near Southampton December 2019

The pie chart underneath presents the UK's populace based on regions. Britain's total population surpasses 62 million, with the most significant portion of residents based in the South East, Greater London and North West regions. The table below the pie chart indicates the UK's populace in regions as a figure. As you can see, both the South East and Greater London have more than eight million occupants, whilst Northern Ireland and the North East hold the fewest inhabitants.

With the information below you can see the amount of solar panel installations there have been in Southampton. Photovoltaic electricity is growing in popularity and many homeowners are now hoping to have this renewable technology installed on their rooftop to cut back energy bills and generate a tax-free income. Why not see if you can join the thousands of UK homeowners creating their own green friendly electricity.

The data below illustrates the average house price in Southampton. As a general rule, property prices have increased in value significantly within the last 10 years. Nonetheless, in recent times prices appear to have stagnated and it's vital to improve your home to add value.

The table beneath highlights how many homes have sold in Southampton in the last seven years. The housing market is currently in a slump, with a lot of householders looking to stay put and improve their house and not relocate. Improving your own home could see you add thousands of pounds to the value and betters your odds of selling too.

Have a home improvement job and need a recommended professional? Quotatis will help you find the best company in Southampton and nationally, so you get the best possible price. Simply search for your project and we can find you up to 4 quotes.