Thank you for requesting a call back one of our advisors will be calling you shortly.
Our opening hours are 9am - 7pm Monday to Wednesday, 9am - 5pm Thursday, 9am - 3pm Friday & Sunday.
Unfortunately this number does not seem to be correct, please check the number and try again.
Alternatively call us on 01603899910
Home >> Upvc door >> North West >> Merseyside >> Liverpool 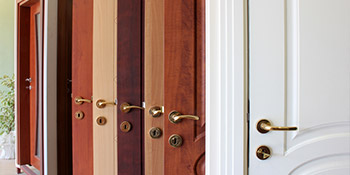 Are you interested in a replacement pvcu door or even a new installation? What you must do is check quotations using our quick and easy online service to be sure of receiving a good deal for the money.

Why pvcu? Well there are lots of good reasons but the performance, sturdiness and price are all major factors in the decision making process. With a uPVC you'll be able to cut heat loss in your property, decreasing energy bills and saving you money annually.

Using the latest modern day security measures as well you can be sure of increased protection for your home. uPVC doors provide you with a great protection from potential break-ins, being sure you have peace of mind.

This variety of door is also very easy to maintain and there aren't the connected problems you'll discover with wooden installations, including rotting or warping.

For up to 4 no cost quotes from reliable companies in the area, make sure you work with our free online service to get the best offer for your money.

We noted 19,858 requests for home quotations in Liverpool. Of these quote requests the number of upvc door quotes within Liverpool was 720. Quotatis would have been able to match these customers with as many as four suitable installers who were available for work in Liverpool at that time. Ask for a free property survey from reliable companies within Liverpool.

Upvc door searches in cities and towns near Liverpool June 2020

Underneath you will see the UK's total population based upon regions of the country. The overall population of the United Kingdom is now over 62 million, with London and the South East holding quite a significant percentage of this. In comparison, Northern Ireland and the North East of England have the fewest inhabitants in the whole of the UK.

Using the data below you can see how many solar power installations there have been in Liverpool. Solar electricity is growing in popularity and many homeowners are now hoping to have this renewable technology placed on their roof to cut back energy bills and generate a tax-free income. Why not see if you can join the 1000s of UK householders creating their own environmentally friendly electricity.

The data underneath displays the average house price in Liverpool. For the most part, property prices have increased in value a great deal in the last ten years. Nonetheless, in recent times prices seem to have stagnated and it's important to improve your home to add value.

The table beneath illustrates how many properties have sold in Liverpool over the past seven years. The property market is in a slump, with many householders looking to stay put and enhance their house rather than relocate. Improving your own home can see you add thousands of pounds to the value and helps your chances of selling as well.

Have a home improvement job and need a recommended professional? Quotatis will help you find the best Pro in Liverpool and nationally, so you get the best possible value for money. Simply search for your project and we can find you up to 4 quotes.