Thank you for requesting a call back one of our advisors will be calling you shortly.
Our opening hours are 9am - 7pm Monday to Wednesday, 9am - 5pm Thursday, 9am - 3pm Friday & Sunday.
Unfortunately this number does not seem to be correct, please check the number and try again.
Alternatively call us on 01603899910
Home >> Hardwood doors >> Scotland >> Midlothian >> Edinburgh 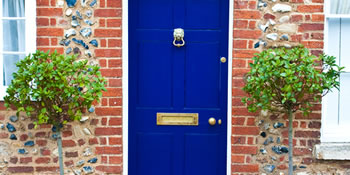 Get Hardwood Doors Costs around Edinburgh

Front doors are a fundamental part of any property and as such, need to have a number of characteristics to make sure they're ideal. Hardwood doors are one option and in fact extremely popular among householders for many reasons.

For a front door, you need outstanding security, weather resistance, durability as well as, fantastic aesthetic appeal. And that's precisely what a hardwood front door will provide you with. They look excellent and you can even choose from a variety of colours and amazing styles to create a unique appeal for the home.

Regardless of your home, you could consider a Victorian, Edwardian modern or even country front door design. Then the colour could vary from a traditional white or black, to bolder red, green and blue.

Hardwood doors are preferred over the less expensive uPVC option due to the fact they're a lot more sturdy and look outstanding. They might set you back a little more, but the expense is worthwhile considering the fantastic benefits.

We recorded 15,625 requests for house improvement quotes in Edinburgh. Of such quotation requests the volume of hardwood doors (type: modern front doors, contemporary front doors etc...) was 110. Quotatis was able to match these clients with as many as four ideal experts who were available for work in Edinburgh during that time.

Hardwood doors searches in cities and towns near Edinburgh July 2020

The pie chart underneath reveals the UK's population according to regions. Britain's total population is more than 62 million, with the largest portion of residents in the South East, Greater London and North West regions. The table beneath the pie chart displays the UK's populace in regions as a figure. As you can see, both the South East and Greater London have got over eight million occupants, whilst Northern Ireland and the North East contain the fewest inhabitants.

The chart beneath illustrates the total number of photovoltaic installations in Edinburgh. Solar energy panels have grown in popularity largely down to the Government's financially rewarding feed-in tariff incentive, which pays out for each unit of renewable electrical power generated. Join these homeowners and start generating your own electricity today.

The information underneath illustrates the typical house price in Edinburgh. Typically, property prices have increased in value considerably throughout the last 10 years. Nevertheless, lately prices seem to have stagnated and it's important to improve your home to increase value.

The table beneath highlights how many houses have sold in Edinburgh within the last seven years. The housing market is currently in a decline, with a lot of property owners opting to stay put and enhance their house rather than just move. Improving your own home will see you add thousands of pounds to the value and improves your chances of selling too.

Have a home improvement job and need a quality professional? Quotatis will help you find the best Pro in Edinburgh and nationally, so you get the best possible price. Just search for your project and request up to 4 quotes.