Thank you for requesting a call back one of our advisors will be calling you shortly.
Our opening hours are 9am - 7pm Monday to Wednesday, 9am - 5pm Thursday, 9am - 3pm Friday & Sunday.
Unfortunately this number does not seem to be correct, please check the number and try again.
Alternatively call us on 01603899910
Home >> House extensions >> South West >> Wiltshire >> Swindon 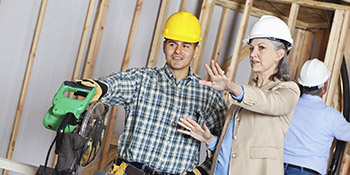 Get House extensions Prices around Swindon

Would you like to extend your house for the extra space and improved property value you'd benefit from? Then look at quotations for a home extension from companies in Swindon by making use of our quick and simple free online service.

Household extensions are available in just about all sizes and shapes and can be built onto the back of your home or even on an existing part of your property just like the garage. They'll normally require a couple of months to fully complete when you take into account the foundations, building work and then decoration that's required.

With the thousands of pounds in price associated with moving property, it's no wonder that home extensions have grown popular, as the extra room can be used as anything you need. This might be a living area, bathroom, bedroom and even playroom for your children.

Whatever your plans, your budget and when you would like the job done, take advantage of our free service to do a comparison of quotes from around four trustworthy companies in Swindon. By doing this you will get the best deal from our vetted contractors.

We haven't decided yet

House extensions searches in cities and towns near Swindon March 2020

The pie chart underneath reveals the UK's populace based on regions. Britain's whole population is more than 62 million, with the biggest fraction of people based in the South East, Greater London and North West regions. The table under the pie chart illustrates the UK's population in regions as a figure. As you can see, both the South East and Greater London possess over eight million occupants, whilst Northern Ireland and the North East include the fewest inhabitants.

With the data underneath you will see just how many solar panel installations there have been in Swindon. Solar electricity is growing in popularity and lots of homeowners are now hoping to have this renewable technology installed on their rooftop to cut back energy bills and earn a tax-free income. Why not see if you can join the thousands of UK property owners creating their own green friendly energy.

The information underneath illustrates the average house price in Swindon. For the most part, property prices have increased in value significantly within the last 10 years. Nonetheless, recently prices seem to have stagnated and it's essential to improve your home to add value.

The info beneath shows the house market for the last 7 years and exactly how many homes have sold in Swindon. Due to the large costs linked with moving home, many people are now deciding to stay put rather than relocate. Home improvements are becoming much more popular as people look to improve their home.

Have a home improvement project and need a recommended installer? Quotatis will help you find the best business in Swindon and nationally, so you get the best possible price. Simply search for your project and request up to 4 quotes.