Thank you for requesting a call back one of our advisors will be calling you shortly.
Our opening hours are 9am - 7pm Monday to Wednesday, 9am - 5pm Thursday, 9am - 3pm Friday & Sunday.
Unfortunately this number does not seem to be correct, please check the number and try again.
Alternatively call us on 01603899910
Home >> Kitchen installer >> Scotland >> Midlothian >> Edinburgh 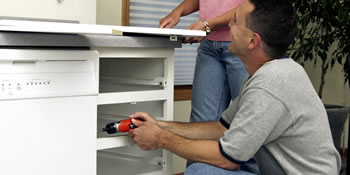 Are you considering an upgrade for your kitchen to improve the aesthetic appeal, improve your property's value or even allow you to sell? Then do a comparison of around four free rates from reliable kitchen companies within Edinburgh for the best deal for what you would like.

It doesn't matter what size your kitchen is, you may still produce a wonderful appeal with an update and right away boost your home's value. The kitchen is the hub of many houses and the problem is the majority are left out-of-date.

By using a expert kitchen company in Edinburgh you can receive expert advice on every aspect of the room, from the work surfaces, to the drawers, to the flooring material. There are lots of ideas and possibilities for your own kitchen, which means you'll find something to fit your taste.

If you're thinking about a brand new kitchen area in your home, be sure to look at up to four no cost quotes and get the best price for any design and installation you're considering.

We noted 15,625 requests for property quotations in Edinburgh. Of these quotation requests the amount of kitchen installer quotes within Edinburgh was 10. Quotatis would have been in a position to match these consumers with as many as 4 suitable fitters who were available for work in Edinburgh during that time. Ask for a free property survey from reputable companies in Edinburgh.

Kitchen installation searches in cities and towns near Edinburgh March 2020

The pie chart below reveals the UK's populace according to regions. Britain's whole population exceeds 62 million, with the greatest portion of occupants found in the South East, Greater London and North West regions. The table underneath the pie chart indicates the UK's populace in regions as a figure. As you can see, both the South East and Greater London currently have over eight million occupants, whilst Northern Ireland and the North East include the fewest inhabitants.

Using the information below you will see how many solar panel installations there have been in Edinburgh. Photovoltaic electricity continues to grow in popularity and many homeowners are now hoping to have this environmentally friendly technology placed on their roof to reduce energy bills and earn a tax-free income. Why don't you see if you can join the 1000s of UK householders producing their own environmentally friendly energy.

The UK property market has slowed slightly during the last ten years as more people opt to stay put rather than relocate. This is mainly because of the significant expenses associated with moving and people are preferring to build conservatories or alter rooms in the house to get extra space.

The table beneath highlights how many homes have sold in Edinburgh over the last seven years. The housing market is now in a decline, with a lot of property owners choosing to stay put and improve their home and not move. Improving your own home can easily see you add thousands of pounds towards the value and improves your chances of selling too.

Have a home improvement task and need a quality professional? Quotatis will help you find the best professional in Edinburgh and nationally, so you get the best possible prices. Just search for your project and we can find you up to 4 quotes.