Thank you for requesting a call back one of our advisors will be calling you shortly.
Our opening hours are 9am - 7pm Monday to Wednesday, 9am - 5pm Thursday, 9am - 3pm Friday & Sunday.
Unfortunately this number does not seem to be correct, please check the number and try again.
Alternatively call us on 01603899910
Home >> Kitchen units >> South East >> Hampshire >> Southampton 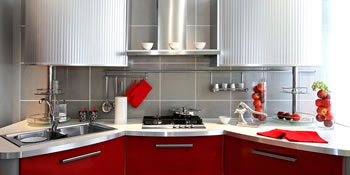 The kitchen is definitely the hub of your house and one of the most significant rooms potential buyers will likely be affected by. An amazing look will ensure you will have a great place to entertain guests and a modern appeal will boost the quality of your house.

With the kitchen there are various areas to target, including the type of worktop and flooring and the style of the unit doors.

We can provide you up to 4 kitchen suppliers locally, who will offer quotes for the supply. You'll receive a household visit from specialists in Southampton who will design and supply the kitchen for a fantastic price.

Kitchen units searches in May 2020

Kitchen units Projects in Southampton in May 2020

Kitchen units searches in cities and towns near Southampton April 2020

The pie chart directly below reveals the UK's population based upon regions. Britain's total population exceeds 62 million, with the biggest percentage of people situated in the South East, Greater London and North West regions. The table beneath the pie chart illustrates the UK's populace in regions as a figure. As you can see, both the South East and Greater London have in excess of eight million occupants, whilst Northern Ireland and the North East have the fewest inhabitants.

The graph just below illustrates the total number of solar PV installations in Southampton. Solar panels have grown in popularity mainly because of the Government's lucrative feed-in tariff incentive, which pays out per unit of green electricity produced. Join these householders and start producing your own electricity today.

The information below shows the average home price in Southampton. For the most part, property prices have increased in value substantially during the last decade. However, in recent times prices appear to have stagnated and it's vital to improve your home to add value.

The info underneath shows the house market for the last seven years and exactly how many homes have sold within Southampton. Because of the large expenses associated with moving home, many people are now opting to stay put rather than relocate. Home improvements have become a lot more popular as people look to improve their property.

Have a home improvement job and need a recommended professional? Quotatis will help you find the best company in Southampton and nationally, so you get the best possible price. Simply search for your project and we can find you up to 4 quotes.