Thank you for requesting a call back one of our advisors will be calling you shortly.
Our opening hours are 9am - 7pm Monday to Wednesday, 9am - 5pm Thursday, 9am - 3pm Friday & Sunday.
Unfortunately this number does not seem to be correct, please check the number and try again.
Alternatively call us on 01603899910
Home >> Landscaping >> North West >> Merseyside >> Liverpool 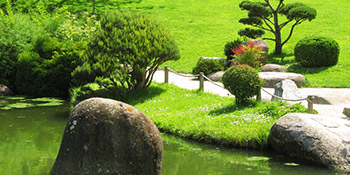 If you're considering any landscaping work for your home, be sure to use a specialist and compare and contrast as many as 4 no cost prices from companies within Liverpool with our free online service.

Landscaping refers to the transforming of land and characteristics to make it more attractive. There are a variety of elements of your property that may be landscaped, including garden fencing, structures and even structures.

You will find three principle reasons for you to modify the landscape and these are increasing value to your home, enhancing the appeal and then for health benefits.

It might appear obvious, but keeping your garden and features in a good condition will quickly establish a much better initial impression than letting it run wild. Poorly preserved grounds can also be enough to put off prospective buyers later on.

The individual benefits are also superb and what better way to unwind after a day at work than using your well-kept garden in the summer.

If landscaping is something you've been considering within Liverpool make sure you do a comparison of prices from vetted experts and get the very best price for the work you want.

Get Costs from Landscaping installers in Liverpool

Committed to Finding You the Lowest Landscaping Price

Landscaping Projects in Liverpool in April 2020

Landscaping searches in cities and towns near Liverpool March 2020

The pie chart beneath shows the UK's populace based upon regions. Britain's overall population is greater than 62 million, with the biggest percentage of residents located in the South East, Greater London and North West regions. The table beneath the pie chart indicates the UK's populace in regions as a figure. As you can see, both the South East and Greater London currently have well over eight million occupants, while Northern Ireland and the North East contain the fewest inhabitants.

Using the data below you will see the number of solar panel installations there have been in Liverpool. Photovoltaic electricity is continuing to grow in popularity and many homeowners are now hoping to have this green technology installed on their rooftop to reduce energy bills and generate a tax-free income. Why don't you see if you can join the thousands of UK homeowners generating their own environmentally friendly electricity.

The information underneath displays the average property price in Liverpool. Generally speaking, property prices have increased in value considerably during the last decade. Nevertheless, in recent times prices seem to have stagnated and it's important to improve your home to add value.

The table underneath highlights how many properties have sold in Liverpool over the past seven years. The property market is currently in a downturn, with many house owners opting to stay put and improve their home rather than just relocate. Improving your own home can see you add thousands of pounds to the value and improves your odds of selling too.

Have a home improvement job and need a quality tradesperson? Quotatis will help you find the best business in Liverpool and nationally, so you get the best possible value for money. Simply search for your project and request up to 4 quotes.