Thank you for requesting a call back one of our advisors will be calling you shortly.
Our opening hours are 9am - 7pm Monday to Wednesday, 9am - 5pm Thursday, 9am - 3pm Friday & Sunday.
Unfortunately this number does not seem to be correct, please check the number and try again.
Alternatively call us on 01603899910
Home >> Loft insulation >> Scotland >> Lanarkshire >> Glasgow 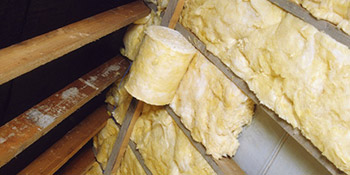 Do you want to decrease your energy costs with attic insulation? Then review quotations from reputable professionals in Glasgow to get the very best price so you're able to quickly begin saving.

The Energy Saving Trust also illustrates the superb advantages loft lagging has. They claim repayment for the installing of lagging is a couple of years and as much as £175 could be saved on a yearly basis on your home heating.

As heat naturally rises, loft lagging in position is a good way to reduce the amount of heat escaping through the roof.

For 4 free loft lagging prices just complete our quick online form and hear from loft lagging companies within Glasgow for the best deal.

Loft insulation searches in cities and towns near Glasgow June 2020

The pie chart beneath indicates the UK's population based upon regions. Britain's whole population surpasses 62 million, with the largest fraction of people found in the South East, Greater London and North West regions. The table under the pie chart displays the UK's population in regions as a figure. As you can see, both the South East and Greater London currently have more than eight million occupants, while Northern Ireland and the North East include the fewest inhabitants.

The graph just below indicates the overall number of solar PV installations in Glasgow. Solar energy panels have increased in popularity largely as a result of the Government's financially rewarding feed-in tariff incentive, which pays out for each unit of renewable electrical power produced. Join these householders and begin producing your own electricity today.

The information below displays the standard home price in Glasgow. As a general rule, house prices have increased in value significantly throughout the last decade. Nevertheless, lately prices seem to have stagnated and it's necessary to improve your home to increase value.

The data beneath illustrates the property market for the past seven years and exactly how many homes have sold within Glasgow. Due to the large costs related with moving home, many people are now deciding to stay put rather than relocate. Home enhancements have become much more popular as people look to improve their property.

Have a home improvement project and need a quality installer? Quotatis will help you find the best professional in Glasgow and nationally, so you get the best possible prices. Simply search for your project and we can find you up to 4 quotes.