Thank you for requesting a call back one of our advisors will be calling you shortly.
Our opening hours are 9am - 7pm Monday to Wednesday, 9am - 5pm Thursday, 9am - 3pm Friday & Sunday.
Unfortunately this number does not seem to be correct, please check the number and try again.
Alternatively call us on 01603899910
Home >> Micro chp boiler >> South West >> Wiltshire >> Swindon 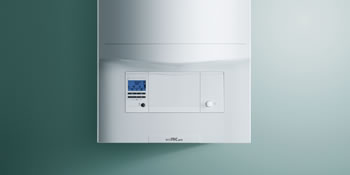 Because countrywide energy costs continue to go up, it is ever more necessary to contemplate just how your house is powered. And Micro CHP units have proven popular, not just heating your home, but producing electrical energy too.

Micro CHP central heating boilers are powered by gas or LPG, while oil fired systems are now being looked into too. Despite all of these being fossil fuels, Micro CHP units are considered as low carbon dioxide systems as they're far more efficient than using standard grid power.

They look similar to a normal domestic central heating boiler and could be attached to a wall or left freestanding. And essentially the key difference is they'll generate electricity for your home as well, supplying you with a two-for-one system.

There are many advantages to give Micro CHP boilers great consideration too. They are not only qualified to receive feed-in tariff payments, but they're easy to install and much more efficient when compared with most central heating boilers in the UK.

We recorded 17,087 requests for home improvement quotes in Swindon. Of these quotation requests the volume of Micro CHP boilers (type: boiler repairs, boiler service, boiler parts etc...) was 103. Quotatis was able to match these customers with as many as four ideal professionals who were readily available for work in Swindon during that time.

Beneath you will see the UK's total population based on regions of the country. The entire population of the United Kingdom is over 62 million, with London and the South East keeping quite a large proportion of this. In contrast, Northern Ireland and the North East of England possess the fewest residents in the entire the UK.

The chart below shows the overall number of solar PV installations in Swindon. Solar panels have grown in popularity principally due to the Government's highly profitable feed-in tariff incentive, which pays out per unit of environmentally friendly electrical power generated. Join these property owners and start producing your own electricity today.

The UK house market has slowed somewhat in the last ten years as more people want to stay put rather than relocate. This is mainly because of the significant costs associated with moving and people are opting to build conservatories or change rooms in the house to get more space.

The table beneath highlights how many properties have sold in Swindon throughout the last 7 years. The housing market is currently in a downturn, with many property owners choosing to stay put and enhance their property rather than just relocate. Improving your own home could see you add thousands of pounds towards the value and helps your odds of selling too.

Have a home improvement task and need a quality installer? Quotatis will help you find the best installer in Swindon and nationally, so you get the best possible prices. Simply search for your project and we can find you up to 4 quotes.