Thank you for requesting a call back one of our advisors will be calling you shortly.
Our opening hours are 9am - 7pm Monday to Wednesday, 9am - 5pm Thursday, 9am - 3pm Friday & Sunday.
Unfortunately this number does not seem to be correct, please check the number and try again.
Alternatively call us on 01603899910
Home >> Painting and decorating >> South West >> Gloucestershire >> Cheltenham 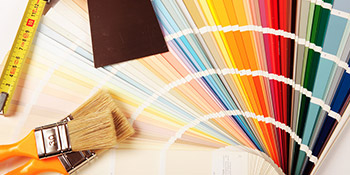 We'll supply no obligation quotations from interior decorators in Cheltenham. You can then do a comparison of these quotations and find out the best interior design fees.

Get Costs from Painting and decorating installers in Cheltenham

Painting and decorating in Cheltenham

Painting and decorating companies in Cheltenham

Painting and decorating Projects in Cheltenham in July 2020

The pie chart beneath indicates the UK's populace according to regions. Britain's overall population is greater than 62 million, with the largest fraction of people based in the South East, Greater London and North West regions. The table under the pie chart reveals the UK's populace in regions as a figure. As you can see, both the South East and Greater London possess over eight million occupants, while Northern Ireland and the North East include the fewest inhabitants.

Using the data underneath you can view the number of solar panel installations there have been in Cheltenham. Photovoltaic electricity has grown in popularity and lots of homeowners are now hoping to have this renewable technology installed on their rooftop to cut back energy bills and earn a tax-free income. Why not see if you can join the 1000s of UK property owners generating their own green friendly electricity.

The information beneath shows the standard home price in Cheltenham. On the whole, home prices have increased in value substantially over the past 10 years. Nonetheless, recently prices appear to have stagnated and it's necessary to improve your home to increase value.

The table underneath highlights how many houses have sold in Cheltenham within the last 7 years. The property market is now in a downturn, with numerous homeowners preferring to stay put and enhance their house rather than just relocate. Improving your own home can easily see you add thousands of pounds to the value and improves your odds of selling as well.

Have a home improvement task and need a recommended tradesperson? Quotatis will help you find the best Pro in Cheltenham and nationally, so you get the best possible prices. Just search for your project and request up to 4 quotes.