Thank you for requesting a call back one of our advisors will be calling you shortly.
Our opening hours are 9am - 7pm Monday to Wednesday, 9am - 5pm Thursday, 9am - 3pm Friday & Sunday.
Unfortunately this number does not seem to be correct, please check the number and try again.
Alternatively call us on 01603899910
Home >> Pest control >> North West >> Merseyside >> Liverpool 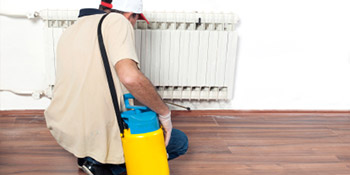 Are you in need of pest control in Liverpool? No matter what problem you've got, be sure to use the Quotatis service so that you can quickly check around four quotations to get a good deal for the task you need tackled.

In the United Kingdom there are a variety of pests that could need handling and leaving the situation a long time can cause a poor health effect. Types of these pests would include cockroaches, caterpillars and rodents.

Depending on the pest there are lots of pest management measures, from a rat trap to poison pellets and spray. Pest management professionals should be able to take care of both the immediate problem and stop a reoccurrence down the road.

If you want a pest control specialist, ensure that you price compare from around four experts in Liverpool and ensure to get the best deal available to you.

Pest control searches in cities and towns near Liverpool March 2020

Underneath you can view the UK's total population depending on areas of the country. The complete population of the United Kingdom is over 62 million, with London and the South East possessing quite a significant proportion of this. In contrast, Northern Ireland and the North East of England possess the fewest inhabitants in the whole of the UK.

The chart underneath illustrates the total number of solar PV installations in Liverpool. Solar panels have increased in popularity primarily as a result of the Government's rewarding feed-in tariff incentive, which pays out for each and every unit of environmentally friendly electrical power generated. Join these householders and begin generating your own electricity today.

The UK property market has slowed down slightly during the last ten years as more people prefer to stay put rather than relocate. This is mainly because of the large expenses associated with moving and people are deciding to build conservatories or convert rooms in the home to get extra space.

The table beneath shows how many properties have sold in Liverpool during the last 7 years. The property market is presently in a decline, with many homeowners looking to stay put and enhance their home and not move. Improving your own home will see you add thousands of pounds to the value and helps your odds of selling as well.

Have a home improvement task and need a quality professional? Quotatis will help you find the best Pro in Liverpool and nationally, so you get the best possible price. Simply search for your project and request up to 4 quotes.