Thank you for requesting a call back one of our advisors will be calling you shortly.
Our opening hours are 9am - 7pm Monday to Wednesday, 9am - 5pm Thursday, 9am - 3pm Friday & Sunday.
Unfortunately this number does not seem to be correct, please check the number and try again.
Alternatively call us on 01603899910
Home >> Plastering >> South East >> Berkshire >> Slough 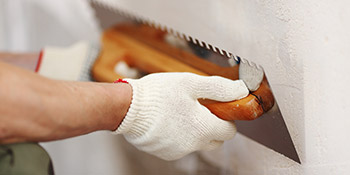 Do you want a plasterer in Slough and wish to get the best costs? Then do a comparison of prices from respected contractors with our simple and fast service available to you for free.

Plastering is rather popular in British properties because it's a simple and effective way to restore walls so they're suitable for wallpaper, tiling or painting. It's this ease of decoration later on which makes plastering a necessity.

How often have you removed wallpaper to find the walls underneath are uneven or there's damage that needs fixing. Plastering can take only a few hours and once it has dried out you could start redecorating.

If you want your property replastered then make use of our totally free online service and receive as many as 4 quotations to check within Slough.

Plastering Projects in Slough in November 2020

Plastering searches in cities and towns near Slough October 2020

The pie chart beneath indicates the UK's population based upon regions. Britain's overall population exceeds 62 million, with the greatest percentage of people in the South East, Greater London and North West regions. The table beneath the pie chart indicates the UK's populace in regions as a figure. As you can see, both the South East and Greater London have in excess of eight million occupants, whilst Northern Ireland and the North East hold the fewest inhabitants.

The graph below illustrates the total number of solar PV installations within Slough. Solar panels have grown in popularity primarily because of the Government's highly profitable feed-in tariff incentive, which pays out for every single unit of renewable electrical power generated. Join these householders and begin producing your own electricity today.

The data below reveals the average home price in Slough. As a general rule, house prices have increased in value substantially in the last decade. Nonetheless, recently prices seem to have stagnated and it's vital to improve your home to add value.

The table underneath highlights how many homes have sold in Slough over the last seven years. The housing market is now in a slump, with numerous house owners preferring to stay put and improve their property rather than move. Improving your own home can easily see you add thousands of pounds to the value and improves your chances of selling as well.

Have a home improvement task and need a recommended tradesperson? Quotatis will help you find the best Pro in Slough and nationally, so you get the best possible prices. Simply search for your project and we can find you up to 4 quotes.