Thank you for requesting a call back one of our advisors will be calling you shortly.
Our opening hours are 9am - 7pm Monday to Wednesday, 9am - 5pm Thursday, 9am - 3pm Friday & Sunday.
Unfortunately this number does not seem to be correct, please check the number and try again.
Alternatively call us on 01603899910
Home >> Plumbing >> Wales >> South Glamorgan >> Cardiff 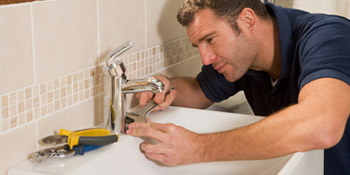 Get Plumbing Prices in Cardiff

Searching for local plumbers around Cardiff? Each of our plumbers in Cardiff are going to give the ideal quotations to have general domestic plumbing completed in your residence.

According to what is needed, plumbing contractor work could take just a day to be completed. The expert plumbing professional in Cardiff will check out the issue and use the best solution to fix any difficulties you are living with. The skilled professional will also be registered with Gas Safe if it's gas domestic plumbing your house demands.

Domestic plumbing normally takes many forms, from installing a modern boiler for your a central heating system, to unblocking water lines or setting up sinks and toilets. Even while a task like this might not look hard, it requires the attention of a professional to ensure that it's undertaken to a high standard.

We intend to offer you no obligation quotes from plumbers in Cardiff who are equipped to provide you with no cost surveys to discover the cost of the house plumbing needs. It is possible to evaluate these quotations and discover the best general domestic plumbing costs.

Get Prices from Plumbing installers in Cardiff

Plumbing Projects in Cardiff in April 2020

Plumbing searches in cities and towns near Cardiff March 2020

The pie chart underneath presents the UK's populace according to regions. Britain's whole population is more than 62 million, with the most significant portion of inhabitants situated in the South East, Greater London and North West regions. The table beneath the pie chart illustrates the UK's population in regions as a figure. As you can see, both the South East and Greater London have got well over eight million occupants, while Northern Ireland and the North East contain the fewest inhabitants.

The data beneath indicates the total number of solar PV installations within Cardiff. Solar panel systems have increased in popularity primarily down to the Government's rewarding feed-in tariff incentive, which pays out for every unit of green electricity generated. Join these homeowners and start generating your own electricity today.

The data underneath shows the typical property price in Cardiff. On the whole, house prices have increased in value a great deal in the last ten years. Nevertheless, in recent years prices seem to have stagnated and it's essential to improve your home to add value.

The information beneath illustrates the house market for the last 7 years and how many homes have sold in Cardiff. Due to the large costs associated with moving home, many people are now looking to stay put rather than relocate. Home improvements have become much more popular as people look to improve their home.

Have a home improvement job and need a recommended professional? Quotatis will help you find the best installer in Cardiff and nationally, so you get the best possible prices. Just search for your project and request up to 4 quotes.