Thank you for requesting a call back one of our advisors will be calling you shortly.
Our opening hours are 9am - 7pm Monday to Wednesday, 9am - 5pm Thursday, 9am - 3pm Friday & Sunday.
Unfortunately this number does not seem to be correct, please check the number and try again.
Alternatively call us on 01603899910
Home >> Upvc or wood porch >> South West >> Wiltshire >> Swindon 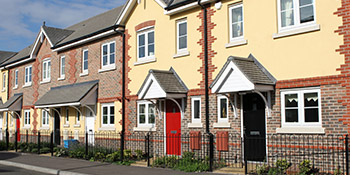 Having a selection of designs and colours available, property owners enjoy the ultimate choice in exactly how a porch will look. They can be made to match any house and you'll have something visually pleasing.

Benefits of of having a porch set up include further space and far better energy efficiency. Keep your property free from clutter and have a place where footwear, coats and bags may be kept anytime.

Moreover, porches aid in reducing draughts that enter the property which will cut your energy bill and allow you to save money. With energy prices increasingly rising, it's a way to keep the house warmer all through the year.

We are able to offer you around 4 porch installers in the area, who will give quotes for the installation. You'll get a house visit from professionals within Swindon who will design and install the porch for a good price.

Compare Prices from Upvc or wood porch installers in Swindon

Upvc or wood porch in Swindon

The pie chart directly below presents the UK's population according to regions. Britain's whole population is higher than 62 million, with the greatest proportion of occupants located in the South East, Greater London and North West regions. The table beneath the pie chart indicates the UK's population in regions as a figure. As you can see, both the South East and Greater London currently have over eight million occupants, whilst Northern Ireland and the North East contain the fewest inhabitants.

The graph below reveals the overall number of solar PV installations within Swindon. Solar energy panels have grown in popularity principally due to the Government's financially rewarding feed-in tariff incentive, which pays out for every unit of renewable electricity generated. Join these householders and start generating your own electricity today.

The information underneath shows the average household price in Swindon. As a general rule, home prices have increased in value considerably in the last 10 years. Nonetheless, in recent years prices appear to have stagnated and it's vital to improve your home to add value.

The table underneath highlights how many properties have sold in Swindon in the last 7 years. The property market is now in a decline, with numerous homeowners choosing to stay put and enhance their home rather than move. Improving your own home can see you add thousands of pounds towards the value and betters your odds of selling as well.

Have a home improvement job and need a recommended tradesperson? Quotatis will help you find the best company in Swindon and nationally, so you get the best possible price. Simply search for your project and we can find you up to 4 quotes.