Thank you for requesting a call back one of our advisors will be calling you shortly.
Our opening hours are 9am - 7pm Monday to Wednesday, 9am - 5pm Thursday, 9am - 3pm Friday & Sunday.
Unfortunately this number does not seem to be correct, please check the number and try again.
Alternatively call us on 01603899910
Home >> Removals >> South East >> Nottinghamshire >> Nottingham 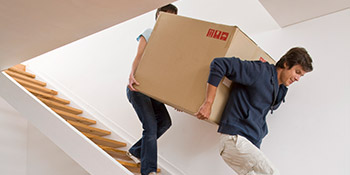 Do you want a removal company to help you move? Then make certain to assess quotations from around 4 removal firms within Nottingham to get the best price available.

In regards to moving home it's one of the more stressful periods you'll ever encounter, so get this part of the process right and be sure to use a reliable company who'll provide a great price.

With so much involved in the big move and lots of of your property belongings to relocate, let a removal company assist you with the couches, wardrobes, fridges and anything else. Obviously, none of these will be able to fit into cars anyway.

If you're relocating home or business in the near future and need a professional removal firm within Nottingham that will help you with the transition, compare up to four quotes with our no cost and simple service.

Removals Projects in Nottingham in April 2020

Removals searches in cities and towns near Nottingham March 2020

Below you can see the UK's overall populace based on regions of the country. The entire population of the United Kingdom is over 62 million, with London and the South East holding quite a large percentage of this. In comparison, Northern Ireland and the North East of England have the least occupants in the entire the UK.

With the data underneath you can see how many solar power installations there have been in Nottingham. Solar electricity continues to grow in popularity and a lot of homeowners are now hoping to have this renewable technology placed on their roof to cut back energy bills and generate a tax-free income. Why don't you see if you can join the thousands of UK homeowners producing their own eco friendly energy.

The UK house market has slowed slightly over the past 10 years as more people choose to stay put rather than relocate. This is primarily because of the large expenses associated with moving and people are deciding to build conservatories or transform rooms in the house to get extra space.

The table underneath illustrates how many homes have sold in Nottingham over the past seven years. The property market is now in a slump, with numerous house owners choosing to stay put and improve their home and not relocate. Improving your own home can see you add thousands of pounds to the value and boosts your chances of selling as well.

Have a home improvement task and need a quality professional? Quotatis will help you find the best installer in Nottingham and nationally, so you get the best possible prices. Just search for your project and we can find you up to 4 quotes.