Thank you for requesting a call back one of our advisors will be calling you shortly.
Our opening hours are 9am - 7pm Monday to Wednesday, 9am - 5pm Thursday, 9am - 3pm Friday & Sunday.
Unfortunately this number does not seem to be correct, please check the number and try again.
Alternatively call us on 01603899910
Home >> Solar thermal >> South East >> Nottinghamshire >> Nottingham 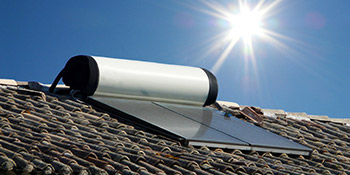 Do you want to find a way to reduce your energy bills and become more eco-friendly? Then think about a thermal solar panel installation on your rooftop and compare and contrast quotes from companies within Nottingham to find the best offer.

Solar thermodynamic panels are incredibly popular and once fitted on your roof there'll instantly start creating free of charge energy from the sun's natural rays. Solar thermal panels give you an opportunity to lower your costs by hundreds of pounds each year.

And solar thermal panels will perform efficiently throughout the year, even working at temperatures as low as -10 degrees. You will no longer have to rely on costly gas and electricity rates for your energy supply.

If solar energy panels interest you, then take a look at up to 4 free quotations today from respected firms within Nottingham for the best offer available for the installation.

Underneath you will see the UK's total populace based on regions of the country. The entire population of the UK is more than 62 million, with London and the South East holding quite a large percentage of this. In contrast, Northern Ireland and the North East of England possess the fewest residents in the whole of the UK.

The data beneath reveals the complete number of photovoltaic installations in Nottingham. Solar power systems have grown in popularity primarily as a result of the Government's highly profitable feed-in tariff incentive, which pays out per unit of renewable electrical power produced. Join these homeowners and begin producing your own electricity today.

The information underneath shows the standard home price in Nottingham. On the whole, house prices have increased in value considerably in the last 10 years. Nonetheless, lately prices appear to have stagnated and it's important to improve your home to increase value.

The information beneath illustrates the house market for the past 7 years and exactly how many homes have sold in Nottingham. Due to large expenses related with moving home, many people are now choosing to stay put rather than relocate. Home enhancements have become far more popular as people look to improve their property.

Have a home improvement project and need a quality installer? Quotatis will help you find the best business in Nottingham and nationally, so you get the best possible value for money. Just search for your project and request up to 4 quotes.