Thank you for requesting a call back one of our advisors will be calling you shortly.
Our opening hours are 9am - 7pm Monday to Wednesday, 9am - 5pm Thursday, 9am - 3pm Friday & Sunday.
Unfortunately this number does not seem to be correct, please check the number and try again.
Alternatively call us on 01603899910
Home >> Tarmac paving and driveways >> Western Midlands >> West Midlands >> Bilston 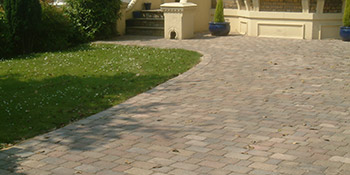 Asphalt driveways are fantastic value for money that will renovate your property's front area. Gravelling or paving is often pricey, whereas asphalt can help you save thousands of pounds.

The longevity regarding asphalt driveways is yet another important reason to invest. When installed by a specialist the surface won't break or lift. It's also protected from water, making certain the driveway structure isn't damaged. And on top of this plant growth and bug activity is removed.

We are able to supply you with around four asphalt driveway firms in your town, who'll give quotes for the work you would like carried out. You'll get a household visit from experts in Bilston who'll install the asphalt driveway for a great price.

Tarmac paving and driveways in Bilston

Helpful yes as we did get quotations but both companies are expensive. The drive just shows that it tired and needs freshening up, so I thought £1500 / 2000 was expensive

Found companies quickly and all companies turned up as planned

We noted 1,185 requests for property quotations in Bilston. Of these quote requests the number of tarmac paving and driveways quotes in Bilston was 2. Quotatis would have been in a position to match these consumers with as many as 4 suitable fitters who were available for work in Bilston during those times. Ask for a free property survey from reputable companies within Bilston.

Tarmac drives searches in cities and towns near Bilston December 2020

Below you will see the UK's overall population depending on areas of the country. The complete population of the UK is now over 62 million, with London and the South East holding quite a large percentage of this. In contrast, Northern Ireland and the North East of England have the fewest inhabitants in the whole of the UK.

The data just below indicates the total number of solar PV installations in Bilston. Solar power systems have grown in popularity mostly as a result of the Government's lucrative feed-in tariff incentive, which pays out for each and every unit of renewable electrical power generated. Join these property owners and begin producing your own electricity today.

The UK house market has slowed somewhat during the last decade as more people want to stay put rather than relocate. This is mainly because of the large expenses associated with moving and people are opting to build conservatories or change rooms in the home to get more space.

The information beneath illustrates the house market for the last 7 years and precisely how many homes have sold in Bilston. Due to large costs associated with moving home, many people are now opting to stay put rather than relocate. Home improvements have become much more popular as people look to improve their property.

Have a home improvement task and need a recommended professional? Quotatis will help you find the best tradesperson in Bilston and nationally, so you get the best possible price. Simply search for your project and we can find you up to 4 quotes.