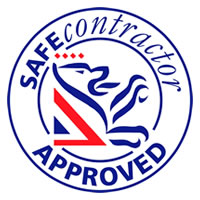 Safecontractor is a health and safety scheme with over 23,000 contractor members. It began as a project for a property management client wanted to outsource the inspection of contractors on its approved list. Other clients began to show interest, so the company used the opportunity to create a standardised system that it could offer to its entire client base.

The system became known as SupplyLine in 1999. It was then developed to provide web access to its clients and became Safecontractor in 2003.

The scheme grew as major companies such as Kellogg’s and Debenhams began to use the service. It then expanded into other client markets, where it saw further growth in members.

Accredited members are able to use the Safecontractor logo to promote their company, which is a sign of recognition that they are qualified and competent. They are also featured on Safecontractor’s online database which all of its clients have access to, so they can see that the member is reliable.

Many large organisations use Safecontractor to ensure that their external contractors take health and safety seriously and to assess the suitability of their work. Clients do this to reduce risk and to develop their approved contractor lists, and search for new ones through Safecontractor’s online database.

The Safecontractor database acts as the client’s approved contractor list. This saves the client time and money as they do not need to keep this updated themselves. Safecontractor also offers help and support when choosing a new contractor so clients can make an informed and confident decision.

Get up to 4 quotes