Thank you for requesting a call back one of our advisors will be calling you shortly.
Our opening hours are 9am - 7pm Monday to Wednesday, 9am - 5pm Thursday, 9am - 3pm Friday & Sunday.
Unfortunately this number does not seem to be correct, please check the number and try again.
Alternatively call us on 01603899910
Home >> Tree surgery >> East Of England >> Norfolk >> Great Yarmouth 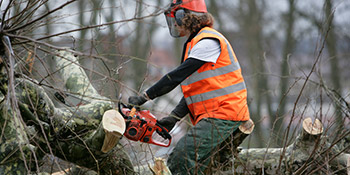 Would you like tree surgery in Great Yarmouth? Whether or not you would like the whole removal of a tree or perhaps parts cut down, comparing and contrasting quotations is the best way to get a fantastic cost for the work.

You could require a tree surgeon with regard to either your front or back garden, or possibly a business property. Tree surgeons are experts within their industry and will manage trees effectively by taking away excess branches and enabling more light in the garden.

Of course any mess produced will also be cleared up, so it's a full service you'll be benefitting from. This can save you on many trips to the skip if you wished to take on this type of task yourself.

Should you need a tree surgeon, assess as many as four no cost prices using Quotatis and hear from firms within Great Yarmouth in order to select the best professional and get your money's worth.

Although only one company contacted me, it was a company I would happily recommend

Only one firm contacted us to provided a quote which meant we had to find others. However, very sarisfied with the services of Arborpro.

Provided contact with the company Arborpro who were excellent and very professional. However the other companies listed never even bothered to make contact.

Tree surgery Projects in Great Yarmouth in May 2020

The pie chart underneath indicates the UK's populace based on regions. Britain's whole population is greater than 62 million, with the most significant percentage of inhabitants in the South East, Greater London and North West regions. The table beneath the pie chart illustrates the UK's population in regions as a figure. As you can see, both the South East and Greater London currently have more than eight million occupants, whilst Northern Ireland and the North East include the fewest inhabitants.

With the data below you can see the total number of solar panel installations there have been in Great Yarmouth. Photovoltaic electricity continues to grow in popularity and a lot of homeowners are now looking to have this renewable technology placed on their roof to reduce energy bills and earn a tax-free income. Why don't you see if you can join the thousands of UK homeowners creating their own green friendly electricity.

The UK property market has slowed down somewhat over the past ten years as more people would rather stay put rather than relocate. This is mainly because of the large costs associated with moving and people are choosing to build conservatories or transform rooms in the house to get extra space.

The data underneath illustrates the house market for the past 7 years and precisely how many homes have sold in Great Yarmouth. Due to the large expenses associated with moving home, many people are now choosing to stay put rather than relocate. Home improvements are becoming much more popular as people look to improve their property.

Have a home improvement task and need a quality tradesperson? Quotatis will help you find the best company in Great Yarmouth and nationally, so you get the best possible prices. Simply search for your project and we can find you up to 4 quotes.