Thank you for requesting a call back one of our advisors will be calling you shortly.
Our opening hours are 9am - 7pm Monday to Wednesday, 9am - 5pm Thursday, 9am - 3pm Friday & Sunday.
Unfortunately this number does not seem to be correct, please check the number and try again.
Alternatively call us on 01603899910
Home >> Aluminium windows supply only >> North West >> Lancashire >> Manchester 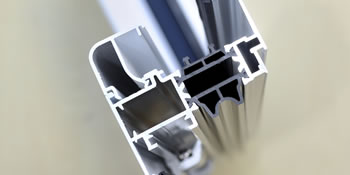 Aluminium windows have grown to be more popular around the country, notably as a result of added strength and resilience they have over wood and pvcu frames.

As well as their sturdy nature, aluminium windows are very simple to maintain. They won't crack, warp or split and any grime can often be cleaned off by using a wet cloth. On top of this, the wide range of colours available lets you set your household apart from the crowd.

We'll provide you with as many as 4 aluminium window suppliers locally, who can provide quotations for the units. You'll get a home visit from professionals within Manchester who will measure your windows and supply the units for a good price.

Get Quotes from Aluminium windows supply only installers in Manchester

Aluminium windows supply only in Manchester

Aluminium windows searches in cities and towns near Manchester June 2020

The pie chart just below illustrates the UK's populace according to regions. Britain's overall population is higher than 62 million, with the biggest portion of occupants situated in the South East, Greater London and North West regions. The table underneath the pie chart displays the UK's population in regions as a figure. As you can see, both the South East and Greater London currently have in excess of eight million occupants, while Northern Ireland and the North East hold the fewest inhabitants.

The graph underneath illustrates the overall number of solar PV installations within Manchester. Solar panels have increased in popularity mainly down to the Government's rewarding feed-in tariff incentive, which pays out for every single unit of environmentally friendly electrical power created. Join these householders and start producing your own electricity today.

The UK house market has slowed down somewhat over the past decade as more people choose to stay put rather than relocate. This is primarily because of the significant expenses associated with moving and people are preferring to build conservatories or change rooms in the home to get more space.

The information beneath illustrates the house market for the past seven years and exactly how many homes have sold in Manchester. Because of the large expenses associated with moving home, many people are now choosing to stay put rather than relocate. Home enhancements are becoming far more popular as people look to improve their property.

Have a home improvement job and need a recommended tradesperson? Quotatis will help you find the best Pro in Manchester and nationally, so you get the best possible price. Simply search for your project and we can find you up to 4 quotes.