Thank you for requesting a call back one of our advisors will be calling you shortly.
Our opening hours are 9am - 7pm Monday to Wednesday, 9am - 5pm Thursday, 9am - 3pm Friday & Sunday.
Unfortunately this number does not seem to be correct, please check the number and try again.
Alternatively call us on 01603899910
Home >> Sash window >> South West >> Avon >> Bristol 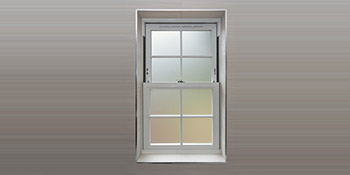 Do you want to install pvcu sash windows in your own home? Then make sure you make a price comparison from up to four trustworthy firms in Bristol and get a great price for almost any work you would like carried out.

Sash windows are popular installations in lots of UK properties and the design allows them to be opened horizontally and vertically. This gives you options in how the unit can operate as well as a style can suit your home's appearance.

Although traditionally seen in Victorian and Georgian properties, sash windows are now becoming commonplace in other types of properties also. Along with pvcu frames you'll avoid rotting, warping, cracking and rusting too.

If you wish to have new uPVC sash house windows installed in the house, ensure that you review up to 4 quotes from trustworthy firms within Bristol and get a good deal.

They made people call me! Thanks

they narrowed the field down for us to save wasting time

Easy contact given. However I prefer to give locals my business

I gave my details and requirements and they passed those on to suitable companies. Really helpful thank you.

Sash window searches in May 2020

Sash window Projects in Bristol in May 2020

Sash window searches in cities and towns near Bristol April 2020

The pie chart underneath indicates the UK's population according to regions. Britain's whole population exceeds 62 million, with the biggest fraction of residents in the South East, Greater London and North West regions. The table beneath the pie chart shows the UK's populace in regions as a figure. As you can see, both the South East and Greater London have got well over eight million occupants, while Northern Ireland and the North East have the fewest inhabitants.

The data underneath shows the complete number of solar PV installations in Bristol. Solar energy panels have increased in popularity largely because of the Government's lucrative feed-in tariff incentive, which pays out for every single unit of environmentally friendly electrical power produced. Join these homeowners and begin generating your own electricity today.

The UK house market has slowed somewhat over the past ten years as more people prefer to stay put rather than relocate. This is primarily because of the significant expenses associated with moving and people are preferring to build conservatories or convert rooms in the home to get more space.

The table underneath highlights how many homes have sold in Bristol during the last 7 years. The housing market is now in a decline, with numerous householders choosing to stay put and improve their house rather than just relocate. Improving your own home can easily see you add thousands of pounds towards the value and betters your chances of selling too.

Have a home improvement task and need a recommended professional? Quotatis will help you find the best business in Bristol and nationally, so you get the best possible prices. Simply search for your project and request up to 4 quotes.