Thank you for requesting a call back one of our advisors will be calling you shortly.
Our opening hours are 9am - 7pm Monday to Wednesday, 9am - 5pm Thursday, 9am - 3pm Friday & Sunday.
Unfortunately this number does not seem to be correct, please check the number and try again.
Alternatively call us on 01603899910
Home >> Triple glazing >> Yorkshire & Humber >> West Yorkshire >> Bradford 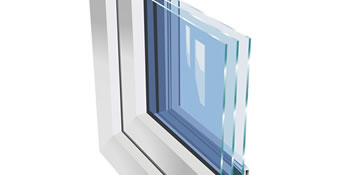 Have you been thinking of replacing your house windows and looking at triple glazing as the best installation for your household? It's simple to review up to 4 quotations from window businesses within Bradford by making use of our free online service.

So why would you think about triple glazing for your brand new windows? For a lot of property owners this answer is energy efficiency. At a time when gas and electricity costs are rising, triple glazing provides a solution for decreasing energy bills.

The way the unit is produced enables you to keep heat inside the house, rather than allow it to escape outside. So effectively you'll be locking much more heat inside and won't need to turn up the boiler thermostat to keep warm. This is very beneficial in summer time.

Yet it's not just on an efficiency level that triple glazing is popular. As with any new windows the installation will quickly boost the security of your home with the latest locking mechanisms.

If triple glazing is something you could benefit for and you also want to begin reducing energy expenses, review around 4 window quotations from trustworthy businesses within Bradford and get the top price and deal available.

Triple glazing searches in cities and towns near Bradford February 2020

The pie chart beneath indicates the UK's populace using regions. Britain's overall population is higher than 62 million, with the biggest percentage of occupants based in the South East, Greater London and North West regions. The table under the pie chart displays the UK's population in regions as a figure. As you can see, both the South East and Greater London have greater than eight million occupants, while Northern Ireland and the North East have the fewest inhabitants.

The graph underneath shows the complete number of solar PV installations within Bradford. Solar power systems have grown in popularity primarily because of the Government's financially rewarding feed-in tariff incentive, which pays out for each unit of environmentally friendly electrical power produced. Join these householders and begin producing your own electricity today.

The data beneath displays the average household price in Bradford. On the whole, home prices have increased in value a great deal in the last 10 years. Nonetheless, lately prices seem to have stagnated and it's vital to improve your home to increase value.

The table beneath highlights how many homes have sold in Bradford in the last 7 years. The property market is presently in a downturn, with a lot of property owners choosing to stay put and enhance their house rather than just move. Improving your own home will see you add thousands of pounds to the value and betters your chances of selling too.

Have a home improvement task and need a recommended installer? Quotatis will help you find the best professional in Bradford and nationally, so you get the best possible value for money. Simply search for your project and request up to 4 quotes.